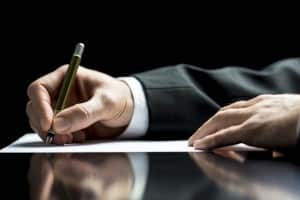 What Are The Most Important Traits For Becoming A North Carolina Bail Bondsman?

Are you wondering how to become a North Carolina bail bondsman?

A bail bondsman occupies a position of public trust, so it comes as no surprise there are some steps you’ll have to take. However, with the right guidance, it is possible to become a state licensed bail bondsman and even work primarily from home.

There are both “technical” and personal requirements to becoming a bail agent. Let’s look at them, first from the perspective of the state and then from the business perspective.

What Are The State Requirements For Becoming A Bail Bond Agent?

A bail bond agent in the state of North Carolina must:

— Take a pre-licensing class with a $500 fee, which includes a classroom-based examination.
— Apply for a license as either a runner (bond employee) or as a surety bondsman (proprietor).
— Take and pass a state certification test covering the knowledge a bail bond agent will need.

Bail bond courses are usually held in Raleigh on one or two weekends each month. Using a weekend for the class helps working professionals who are currently in other fields to take the course, which is two days long.

When learning to be a bail bond agent, you’ll become familiar with your new professional role and your relationship to the court. Understanding the legal process is key, since you may be called upon to explain issues to your clients.

However, getting your licensure is really only the first step in becoming a great bail bond agent. There are some personal traits that are enormously helpful, too.

There are several traits that can help make a bail bondsman or bondswoman successful:

Compassion
People from all backgrounds and walks of life require the services of a bail bondsman from time to time. It’s important that a bail bondsman be alert to these situations and not judgmental — providing compassionate customer service.

A bail bond agent should be committed to improving his or her services and understanding of the bail bond profession. Providing value to clients in a difficult time requires bail bond agents to grow professionally and make things simple.

Strong connections with the community can help you in referring clients to resources they may need. With the growth in Raleigh’s Hispanic and Latino community, bail agents who speak Spanish will have an advantage in helping others.

Would you like to know more about becoming a bail bond agent? Call Amistad Bail Bonds today.