The Knowledge Of Immigration Bail Bonds You Deserve

Calling a US immigration bail bonds company is not necessarily a “fun” thing to do. In fact, it can be very stressful.

Most people never imagine having to put themselves in a situation where they need to speak with an immigration bail bondsman, and when they do, they quickly find that they know very little about how the process actually works.

Not to worry, Amistad Bail Bonds has the knowledge and experience handling US immigration bail bonds that you deserve in your time of need.

Our experts have years of experience dealing with thousands of cases just like yours and are dedicated to helping make the whole process easier for you. Our team makes an effort to fully explain how the entire bail bonds for immigration process works and help you navigate through it to get your loved one back as quickly as possible.

If you haven’t experienced the need to speak with an Immigration Bail Bondsman but believe there may be a chance you will have to in the future, there is never a bad time to learn about the process. Below we have outlined the top four questions about how immigration bail bonds work.

Ask about our low 2% Premium Fee.

Secure the quick release of your loved one with friendly and professional assistance from our licensed bail bond agents. We are ready to serve you 24 hours a day, 7 days a week. Since 2009, we have been helping families in North Carolina release their loved one from custody. Reunite with your detained family member until their scheduled court proceedings today

What is an Immigration Bond?

The Department of Homeland Security U.S. Immigration and Customs Enforcement (ICE) does a thorough job when it comes to non-citizens who are suspected of not legally residing in the United States.

The ICE takes these individuals into custody and releases them only when they’ve proven their eligibility for release. Once the detained individual is proven eligible to get out on bond, a judge or immigration agent can
set a bail amount for the immigration bond. The amount of the immigration bond depends on various factors including the level of risk involved in releasing the individual from detention.

What are the Types of Immigration Bonds?

This bond is similar to regular bail bonds for other criminal acts. It’s meant to secure the individuals appearance at all court hearings after they get out on bail. It ensures that any possible deportation order is followed
accordingly.

Voluntary departure bonds might be on the table if the individual peacefully agrees to leave the United States at their own expense. The bond is paid to ICE but will be refunded after the individual departs for their home
country.

Individuals who are out on an Order of Supervision Bond are free to live and work in the United States while their case is ongoing. However, the detainee has to strictly adhere to the set of conditions that the ICE representatives
provide.

There are other types of immigration bonds that the immigration judge might settle for. But regardless of the type of bond, the detainee still has to attend their immigration hearings until a decision is made.

Are Immigration Bonds Available to All Detainees?

If the individual has a criminal conviction on their record but was never charged with it by ICE, it is worth asking the immigration judge for a bond hearing to deliberate the availability of a bail bonds option.

How Do You Determine the Value of Amistad’s Immigration Bail Bonds?

Amistad’s immigration bonds process is similar to our regular bail bond process in many ways.

You may contact Amistad for assistance and inquiries about bail bond rates right after the hearing wherein the immigration judge determines the required bail bond amount. Our agents will arrange payment for as low as 2% plus collateral so you can get your loved one out on bail.

Amistad provides immigration bonds services in Raleigh, NC and nationwide. We have bilingual agents to assist all clients. And although there’s always a chance of same day release once the bond payment is accepted, don’t trust bail agencies that “guarantee” same day release prior to ICE’s acknowledgment of the payment.

Let’s discuss your immigration bond needs today and sort out your loved one’s situation as soon as possible.

Who Actually Pays for the Bond?

Immigration bonds may be paid for by anyone who has a legal status in the United States. Of course, the person must show proof that they have sufficient funds to pay for the entire amount. This person is considered the
obligor. They can get their money back in full if the detainee attends all mandatory court hearings and complies with the court orders. The payment is made at the local ICE offices.

How much do immigration bonds typically cost?

Immigration bond amounts vary depending on the detained individual’s citizenship or residency status, criminal history, employment status and family background. However, departure bonds typically start at $500 and delivery
bonds are usually around $1500. There are no upper limits for the bond amount.

Yes, they are. The purpose of a bond hearing is for an immigration judge to determine whether an individual can get out on bail while the immigration case is processed. Immigration hearings, on the other hand, refer to
the court proceedings that define the case as a whole.

Can detainees ask the judge to lower the bond amount?

Detainees have the right to ask the judge to lower the bond amount or to be released from detainment on their own “recognizance.” The individual may request a bond hearing and present valid points about why the bond amount
should be lowered. The judge’s decision in the bond hearing is final.

What do detainees need to prepare for the bond hearing?

There are two things that a detainee has to prove during a bond hearing. First is that they aren’t a danger to the local community or a threat to national security. Second, they have to give their word that they will be
present at all immigration hearings until the case is closed.

What is the sponsor letter that is required during bond hearings?

The sponsor letter serves as a detainee’s proof of backing from a family member, employer, probation lawyer, or any other individual who can confidently vouch for the detainee. It should state the sponsor’s relationship with the detainee, proof of citizenship or residency, address, and means of support for the detainee.

Contact us today for further questions related to immigration bonds and your sponsor letter.

US Immigration Bond News and Updates

As a nationwide provider of US immigration bonds, we understand how stressful and confusing the process can be especially when it’s new to you. We compiled a list of bail bond resources, trends, updates, and insights so you can find everything you need to know just by browsing our website.

You can count on us to share the latest immigration bond news and updates with you.

WE'RE HERE FOR YOU

In times of trouble you need someone you trust on your side. At Amistad Bail Bonds being that someone lies at the heart of everything we do.

Amistad Bail Bonds is committed to seeing qualified bail bond agents throughout our state. That’s why we are actively..

If a friend or family member is being held by law enforcement for unlawful living within the US, an immigration bond is necessary.

Amistad Bail Bonds, based out of Raleigh, NC, is a leading bail bond provider for the Triangle area. We offer residents in the entire state of North Carolina with fast and considerate bail bond service. Amistad Bail Bonds is
also in the process in expanding their bail services to South Carolina and Virginia.

Amistad Bail Bonds, based out of Raleigh, NC, is a leading bail bond provider for the Triangle area. We offer residents in the entire state of North Carolina with fast and considerate bail bond service. Amistad Bail Bonds is
also in the process in expanding their bail services to South Carolina and Virginia. 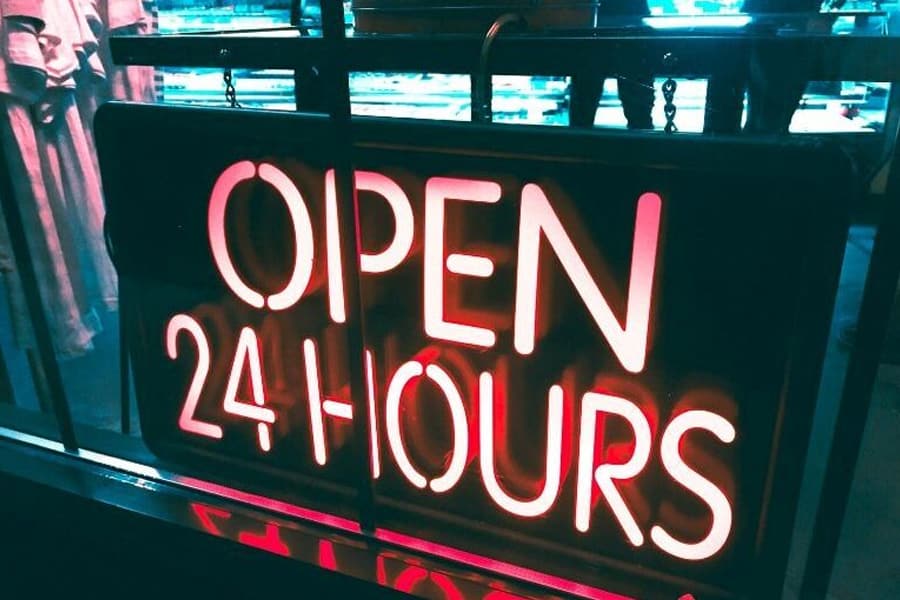 We assist in all and any bond size. Amistad can post bonds of any size, which include $500 bonds.<br>If the bond amount the judge sets for your loved one is too expensive for you to afford, you can take comfort 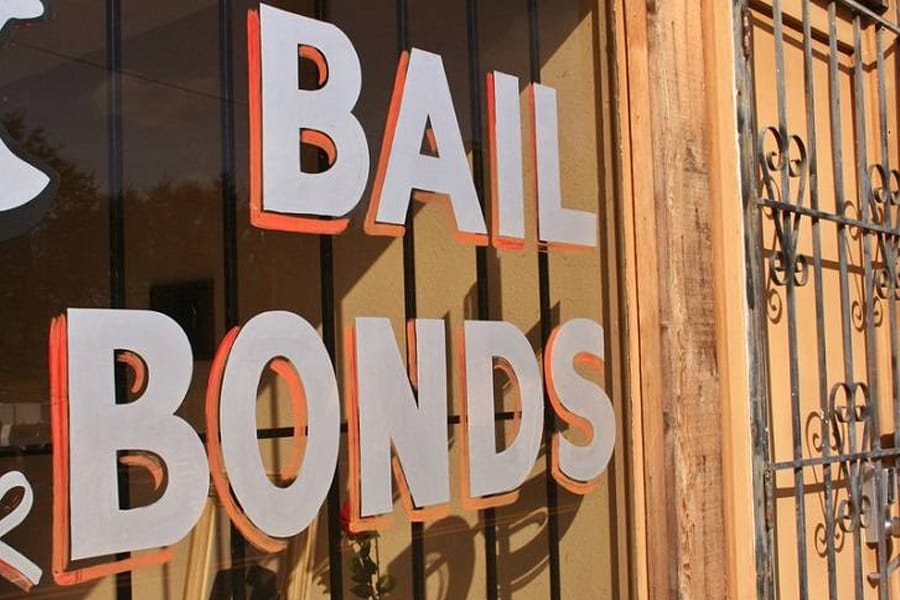 The amount of the bail bond depends on the seriousness of a defendant’s crime. These criminal offenses may either be felonies or misdemeanors. Misdemeanors carry a lesser sentence than felonies. 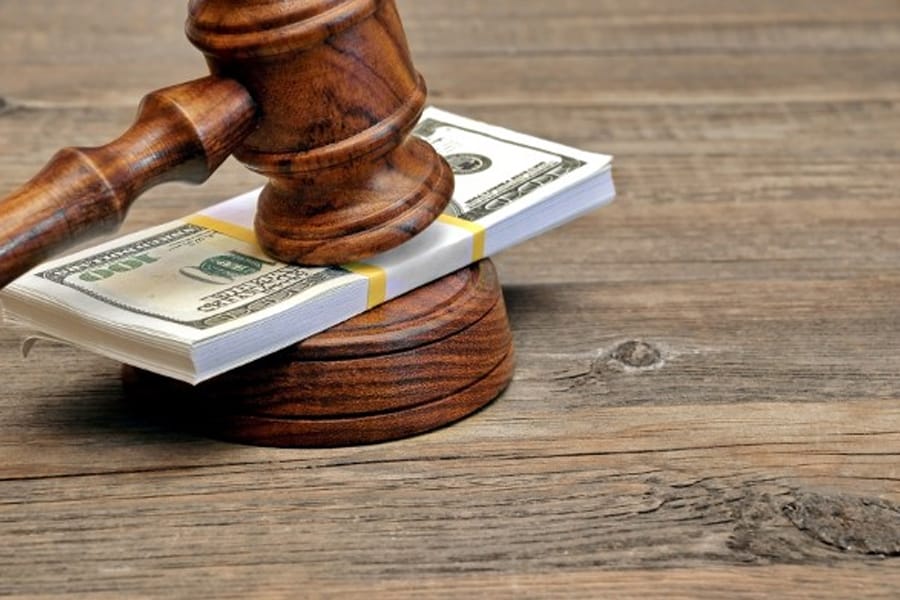 Available in all 100 Counties

5% Down for Bail Bonds Raleigh NC

The fastest and most reliable bail bonds in Raleigh, North Carolina can only be provided by Amistad Bail Bonds. We understand the urgency of getting a loved one out of jail. Our staff is committed to helping you and your loved ones get through this difficult time as quickly as possible. We pride ourselves on proving the best customer service. This is why we provide the lowest down payments in the area at 5% down on approved bonds.