Do you have a friend or family member detained and/or under arrest in an Immigration Detention Center? Are you the only contact of someone behind bars who are arrested for being in the country illegally? Well, if you have someone in the custody of Immigration and Customs Enforcement (ICE), and you seek freedom for them, immigration bonds are essential.

What are Immigration Bail Bonds |Definition and Types?

Immigration bail bonds are primarily monetary deposits or “surety bonds” that guarantee that the detainee will attend all of their hearings. Immigration bonds in Pennsylvania are essential for the undocumented people detained by the US Department of Homeland Security’s Immigration and Customs Enforcement, otherwise known as ICE. Immigration bail bondsmen can issue four types of bonds that are also referred to as ICE Form I-352. These include:

The typical minimum bail amount in Pennsylvania is $1500. However, the average amount of bail bonds is $5000 to $15000. The bond has to be paid in full amount as the surety bond before the ICE release and a bond paid early in the day means the release of the detainee can be possible on the same day.

Amistad Bail Bonds can handle the bond amount easily and we offer the following payment alternatives:

If you need to post a Pennsylvania Immigration bond, you need to do it in any of the four immigration detention facilities. These include:

Although the process looks quite straightforward from the surface, it’s quite intricate when you dive into the crests and troughs. Instead of doing it all on your own, you can always post an immigration bond for a detained immigrant at the ICE through a licensed bond company. They can post a bail bond for you at any detention facility and they can do it right! Searching for an expert bail bondsmen for your immigration case? Search no more. Experts at Amistad Bail and Immigration can get you covered!

How can We Help? || Our Services

Amistad Bail Bonds is known for their nationwide trusted network of qualified immigration bond agents. Immigration bonds in Pennsylvania are our specialty and our professional agents can provide courteous, confidential, and most significantly swift processing of your bonds when you need them the most. As a top-rated firm of expert bail bondsmen, we can help you navigate through the process as effortlessly as possible when you have someone detained by ICE.

Do you know that 7% of Pennsylvania’s residents are immigrants? On the other hand, 9% of the Pennsylvanian residents are native U.S. citizens with at least one immigrant parent. Being famous for being one of the 13 original colonies and the home to Independence Hall where the Constitution and Declaration of Independence were adopted, Pennsylvania has quite the reputation. The Keystone state is gifted with miles of stunning landscapes with essentials for a high quality of life; however, these bells and whistles have invited many legal as well as illegal immigrants.

If you or your friends, family, or acquaintance have been stuck in the illegal Pennsylvania immigration cycle, feel free to reach out to our team of experts at Amistad Bail Bonds now. Everyone deserves a chance to fix their mistakes, and you should be no different!

1. How does an Immigration Bail Bond works in Pennsylvania?

In theory, the immigration bail bond in Pennsylvania is paid to the US Government to secure the release of a detained immigrant accused of illegal stay. At the end of the case, the immigration bond payment is returned after the terms of the bail bond are fulfilled.

2. What happens after the immigration bail?

Most people mistake the grant of immigration bail for their freedom in the States. Note that granting of bail in Pennsylvania does not mean prevention of your subsequent detention. You just get the time to prepare a strong case for yourself in the next hearing so that you don’t face incarceration and get time before your deportation (depending on the severity of your case).

3. How long can the immigration facilities detain you?

Depending on the seriousness of your case, the immigration facilities need to decide within 48 hours if they have to put you before a judge, keep you in custody or release you on bond. After 72 hours, you get an NTA or Notice to Appear from Immigration.

You Can Trust Our Expert Team 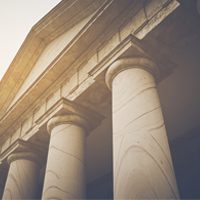 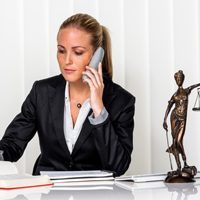 Amistad Bail Bonds is committed to helping you through the bail process, to include providing you with all the detailed information for all court appearances.