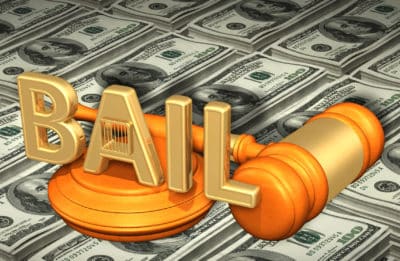 How Will Bail Reform Impact Your NC Bonding Agent?

In recent years the nation’s jail and prison populations have created widespread concern.

The justice system has been under fire to correct a badly flawed bail process. This has resulted in overcrowding in prisons and violation of inmate rights. Many have questioned a system that “penalizes the poor” with jail time, while those who can afford to pay a bonding agent are able to avoid incarceration.

The state of North Carolina has been criticized as one of the worst performing justice systems in the U.S. In addition to receiving local and national attention, the NC justice system has also been a center cause taken up by major advocacy groups. Complaints have included the overuse of sentencing, inappropriate bail structure, and lengthy pretrial hearing wait times.

The cost to NC taxpayers to jail inmates (about $100 per day) has stirred an even greater call for reform.

After years of mounting criticism and recent pressure from the feds, NC courts are now being asked to reconsider how they impose bail.

Now, judges are encouraged to take into account criminal histories and attempt pretrial diversion when possible in the case of nonviolent and non-repeat criminals.

Advocates for bail reform claim that this will help to keep dangerous criminals off the streets while they await trial. At the same time, it will alleviate the unnecessary use of jail time for inmates who pose little to no risk to the community.

So far, it has placed North Carolina’s broader bail structure in the hot seat and turned up the heat on the courts to reduce instances of imposing bail when unnecessary.

One of the factors in the reformed PSA model is the impact of inmates’ ability to pay on increased jail time. It has been argued that the traditional bail structure is set up to punish the indigent. The proposed reform will greatly reduce the use of bail except in cases of repeat offenders, certain felonies, and those who pose a risk of danger. The stark policy shift would be a drastic change for

If you happen to be a bonding agent in NC, the stark policy shift has the potential to drastically change your profession. How could this affect NC bail bonds industry?

For the bonding agent, the proposed reform policy creates many questions about the future of the bail bonds industry.

Some bail bonding companies worry that this move will devalue the role of the bail bonding. They are concerned that they will not be needed very often and fear the effect it will have on their income.

Some in the bail industry claim the policy shift has already reduced their earning potential.

But, there are those that feel the change has been long-needed and are supportive towards the reform movement. They feel that the demand for their work in some capacity will remain.

Visit our site to find out more about NC bail policy or chat with a local bonding agent!