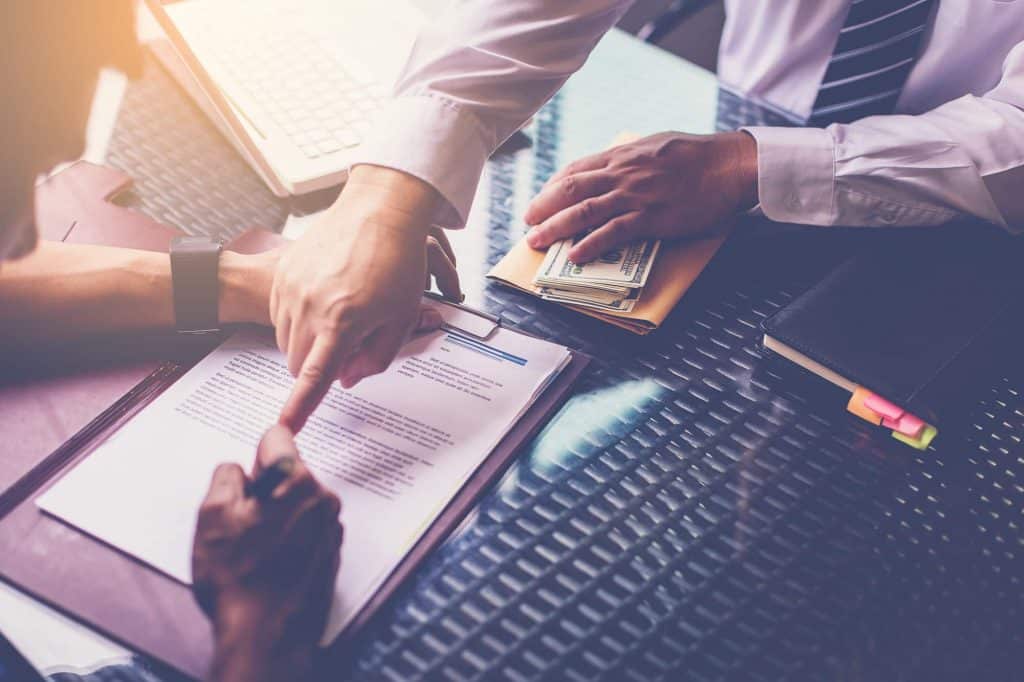 What to Know Before Cosigning a Bail Bond in North Carolina

As of August 2018, there were over 133,000 people in the correctional system in North Carolina. Chances are that many of them are waiting for bail or are hoping to post bail so that they can get out of jail as quickly as possible while they wait for further instructions.

Bail is the amount of money that is set when an offender is arrested that allows him or her to go on with his or her life while awaiting trial or sentencing.

Depending on the crime, the bail could be as low as a hundred dollars. More serious crimes carry much higher bails, and some extremely serious crimes mean the offender is not eligible for bail.

If someone is considered a flight risk, they also may either be ineligible for bail or have their bail set at a very high price point.

Many people with smaller bails cannot afford to post or pay their bail outright, so they get a loan from a bail bondsman. In some cases, they may require someone to cosign the loan.

Read on for more information on cosigning a bail bond in North Carolina.

How Much Do I Pay When Cosigning a Bail Bond?

In the state of North Carolina, you will only pay a percentage of the bail bond when you help the accused leave jail. While they are technically responsible for paying the bond, or loan, back, you are also responsible for holding them responsible.

Who Can Cosign a Bail Bond in North Carolina?

Not everyone can cosign a bail bond, and the person doing so must meet a certain standard of requirements.

The person cosigning the bail bond must be over the age of 21 at the time of cosigning the loan. Plus, they must have worked for the same company for at least one year with a salary of at least $24,000 annually.

The individual must also have a valid and working checking account. If you get paid each day, week or month in cash and only use something like PayPal to access your money and pay your bills, this won’t be good enough in the eyes of the bail bondsman.

You may also have to be a citizen of the United States and have an acceptable credit score. Some bail bondsmen may also require that you have lived in the same area for a set amount of time, determining that you are not also a flight risk.

What Happens After You Cosign a Bail Bond?

The accused gets released from jail once they make their bond. Once you cosign, they will be able to live their lives until their trial or sentencing. However, this doesn’t mean this is where your responsibility ends.

What Are Your Responsibilities When Cosigning a Bail Bond?

You have a lot of responsibilities when cosigning a bail bond, which is why most people will not sign them unless they have a lot of faith in the person they are signing for.

If you cosign a bail bond, it is now your responsibility to ensure that the defendant shows up in court for his or her trial or sentencing.

After you cosign a loan, if the defendant flees the state or country, it will be your responsibility to get them back to court or turn them in. Because so many people can abuse this caveat to get a cosigner and leave without questions, many would-be cosigners decide it isn’t worth it.

What Happens If I Can’t Pay?

This is the ultimate risk you take when you cosign a bail bond. You may find yourself responsible for the entire bond, even if it is extremely expensive.

If this happens, as stated above, payment in full is due as soon as possible. If you cannot make the full payment, any assets or property can receive a lean. This means that the bail bondsman can take collateral, like your home or car in order to recoup the full amount of money that was originally promised to their company.

In this way, a bail bond works like most traditional loans.

The Cosigner Has Rights

Cosigning a bond may seem like a losing deal, but you can use it as leverage against someone you want to receive treatment for drugs or other vices and issues.

You and the bail bondsman can create a contract together, and you can hold off on signing the contract until you feel comfortable.

In the contract, you can stipulate that you will only cosign if the defendant completes a drug rehabilitation program or other such treatment. In this case, if the defendant fails to do so, your co-signature becomes null and void.

You can also request that should the defendant become embroiled in any other illegal activities or gets arrested again, that the cosign also becomes null and void.

A cosigner is also able to tell the state where the defendant or accused is if they have fled from corrections or justice. In that case, they can be returned to jail and the cosigning can again, be null and void.

Should You Cosign a Bail Bond?

For more information on all things bail bonds, visit our blog.