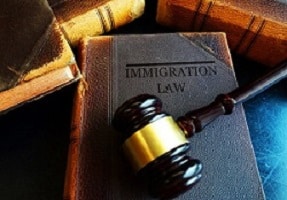 What Rights Do Immigrants Have?

Are you an immigrant facing the threat of arrest or deportation?

If you are, you have come to the right place.

In this article, we’re breaking down the legal or constitutional rights for undocumented immigrants in the United States.

To begin with, there is absolutely no shame in being an immigrant. It’s normal for people to move to foreign countries in search of a better education and life.

Others immigrate because of war, oppressive regimes, and even domestic violence.

Whatever the reason that brought you to the US as an immigrant, you need to know what rights do immigrants have, especially now that the government of the day is keen on implementing anti-immigration policies.

Right to Be Treated Fairly

Being a foreigner on US soil without any documentation doesn’t mean you don’t have the right to fair treatment.

This essentially means people who are in authority, such as the police, cannot treat you unfairly. They must follow due process of the law.

In other words, if you’re suspected of a crime, the police cannot simply throw you behind bars just because you are an immigrant.

If you’re found guilty by a court of law, you cannot be subjected to a harsher punishment for the crime.

As long as you’re in the country, no state or authority can “deprive you of life, liberty or property without due process of the law: or deny you, within its jurisdiction, the equal protection of the laws.”

Right to Defense Against Deportation

The number 1 fear among undocumented immigrants is deportation.

Imagine fleeing a war zone and finding peace in the US. Suddenly, you face the prospect of being deported back to the terror.

The good news is that the only person who has the right to order your deportation is an immigration judge in the EOIR (Executive Office for Immigration Review).

This means if you’re arrested for being an illegal immigrant, you have a right to a fair hearing before the immigration judge.

This also means you have a right to hire an immigration attorney to defend you in the immigration court.

Other Immigration Rights You Need to Know

The rights of an immigrant do not end at fair treatment and defense against removal or deportation.

If you are discriminated upon in any way, you have a right to file a discrimination suit in a federal court.

If you want to file the suit in a state court, you will have to ensure the state you are in has laws giving you that right.

Also, immigrants have rights against unlawful search, even if they’re suspected of committing a crime.

For you to be searched by the police or other law enforcement personnel, they must have a search warrant.

What Rights Do Immigrants Have: The Final Word

Even though immigration is typically considered a fundamental human right, things are changing, and immigration policies are tightening in the US.

Regardless of this, immigrants do have rights protected by the US constitution.

Now that you know what rights do immigrants have, it’s essential to note that if you’re placed in immigration custody, you will need to pay an immigration bond to secure your release.

If you lack the funds to immediately bail out yourself, you can turn to a bail bond service provider who will come to your help in your hour of need.