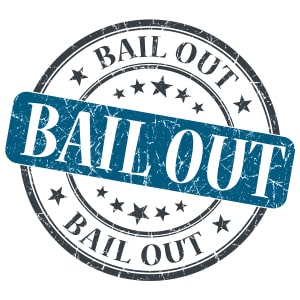 What Are Bail Bonds And How Do They Work?

When you find yourself in need of a bail bond, it’s important to understand just what bail bonds are and how they work. At Amistad Bail and Immigration Bonds, we offer bail bonds of any size and for any number of reasons, and we know how important it is to have your loved one released from jail in the quickest time possible. When a person is faced with an arrest, bail is often necessary to get them back to their families, and our services allow you to have your loved ones returned with bail posted when you need it.

The first step in understanding bail bonds is understanding just what bail is and how it works. When a person is arrested on suspicion of a crime, they will often be placed in a jail facility with a bail amount to have them released. This bail is a monetary amount which can range from a couple hundred dollars to numbers in the thousands, depending on the suspected crime, and the only way to have the defendant released is to pay this bail amount to the authorities. Bail bonding agencies such as ourselves at Amistad will make this financial arrangement on the defendant’s behalf, allowing them to return home pending their trial date.

When agreeing to post bail using an arrangement set by a bail bonding agency, a person is also agreeing to arrive in court on their particular court date regarding the suspected crime at hand. If this person fails to do so, additional steps may be taken by the court system or the bail bond agency.

When a bail bond agency agrees to make the financial arrangements allowing a person to be released from jail, this will come with a fee. At Amistad, our fee will often be around 10% of the total bail amount, although this is subject to change, and this is a nonrefundable fee even if the case is unable to hold water in a court of law.

You may never know when you’re in need of a bail bond, and it’s always important to get your loved ones back home safely and as quickly as possible after they have been arrested on suspicion of a crime. At Amistad, we want to make this process an easy and understandable one to give you peace of mind during a difficult time. If you’d like to learn more about bail bonds, or you’d like to set up a consultation for a bail bond, call us at Amistad today!