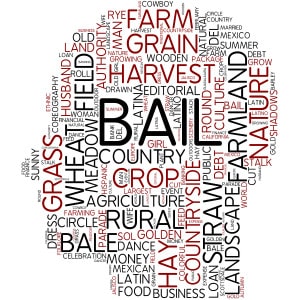 As you probably already know, bail bonds enable individuals to get their family members or friends out of jail without having to pay the entire amount set by the court. Bail bond agencies collect a percentage of that amount from the individual who is attempting to bail the person out when the incarcerated person does not have sufficient funds to pay for it. Bail bonds also assure that the individual will appear in court as scheduled.

When a person gets arrested, they are placed under what is called a “secured bond.” At that point in the process, the individual may get released provided they can post the full amount. This requires the signature of another individual such as the bail agent themselves or a person who is able to cover the amount. In North Carolina, bail bondsmen will charge up to 15% of the total bail amount. Additionally, this fee is non-refundable.

Once the bond has been signed, the agent or bondsman assumes total responsibility for the person and their appearance in court. They are also liable for the entire amount of bail. The bond will become void provided the individual appears in court and the case is completed or closed. Should the person fail to appear as scheduled, the bail agent has 150 days to return the defendant. Otherwise, the agent or bondsman is responsible for paying the entire amount that is owed for the bond.

If follows then that this is an incentive for the bail bondsman to perform their job effectively and efficiently. If the bond goes into forfeiture, the agent or bondsman will pay the total amount to the free public school system of North Carolina. If you approach a bail bondsman for assistance and to help you get the person out of jail, they are going to need certain information about the individual in custody. For instance:

Keep in mind that there is a basic process that must be completed when bailing an individual out of jail. As with any other state, there are certain requirements that must be met during this process. If a family member or personal friend has been arrested and taken into custody, Don’t hesitate! Contact Amistad Bail and Immigration Bonds today.