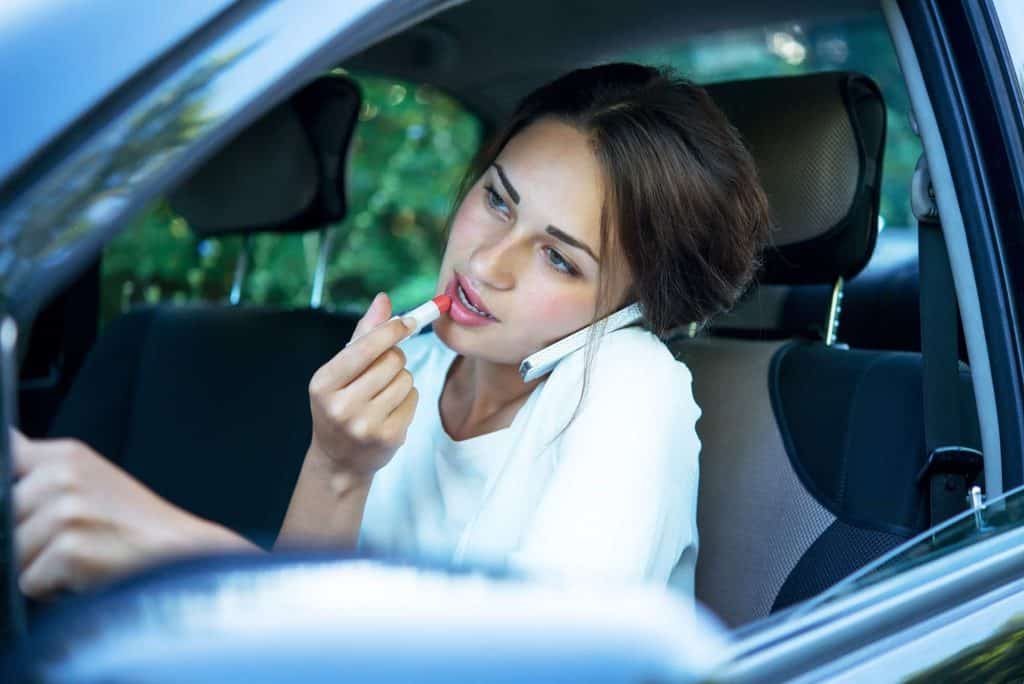 Breaking the law in North Carolina can lead to an arrest resulting in jail time. If it is serious enough, you may need to post bail to get released from police custody to come home and prepare for your court appearances.

Thankfully, there is something that you can do to avoid getting pulled over while driving. It’s simple really. Make sure you are following every single traffic law specific to the area that you are driving in. Driving is a privilege. These driving privileges can be taken away if they are abused in any way. Driving legally is the only way to prevent this.

Continue reading to learn about the most frequently made violations to NC driving laws.

The most obvious driving violation in the U.S. is driving over the posted speed limit. Driving several miles above the speed limit can cause tragic car accidents ending in the death of the driver or other people.

There are two instances of speeding in North Carolina that drivers need to be aware of: basic speeding law and absolute limits. For basic speeding limits, you should not be driving faster than necessary regarding the conditions of the road.

Absolute limits refer to driving at a maximum speed of 35 mph within municipalities, 55 mph outside of municipalities, and 70 mph on interstate highways. Driving even ONE mile above the speed limit can garner a speeding ticket because of this absolute limit.

Speeding may be reckless behavior while behind the wheel, but there is so much more to reckless driving than that. Reckless driving means that you are driving with a disregard for your own safety and the safety of others. These behaviors might include:

A conviction for reckless driving is a Class 2 Misdemeanor. You can avoid this charge by following all local and national driving laws when driving.

Fleeing the Scene of an Accident

If you’re involved in an accident on a North Carolina roadway, stay put. It is your duty to stop when there is an accident. It’s against the law to leave the scene of an accident before making sure everyone is okay. When damage is caused, you have to give the injured party your car insurance information.

When the police need to be involved, you must remain where you are until they’ve had the chance to investigate.

Driving Without the Proper Paperwork

Driving without a driver’s license and insurance is a big no-no. Having these two items means that you are aware of all traffic laws and have the ability to perform them without an issue.

Having current registration and inspection lets North Carolina law enforcement know that your car is functioning without any potentially life-threatening issues. It means that your headlights, taillights, breaks, and seat belts are useable, therefore, giving you no reason to go against the law in any capacity.

Not Wearing a Seatbelt

In North Carolina, it is against the law to decide to be in a moving vehicle without wearing a seatbelt. If you are driving with children passengers, make sure that you are following the state’s child restraint laws to avoid getting cited for a violation.

Driving Under the Influence

Driving under the influence of drugs or alcohol is very common despite it being against the law. Getting charged with a DUI or DWI is a very serious offense. Not only does it result in the revocation of your driver’s license, but it could also end your life.

The solution is simple: Don’t drink and drive. Order an Uber, have a sober person (designated driver) take you home, or walk home after a night of drug use or alcohol consumption.

Any behavior that takes your focus off of the road constitutes distracted driving. Driving while distracted is just as dangerous as any of the other violations previously mentioned. You should not participate in any activity where your eyes leave the road for more than a few seconds to check your speedometer, your gas levels, or your side and rearview mirrors.

It is illegal in North Carolina to use the phone while operating a vehicle if you are under the age of 18 unless there is an emergency. It is also against the law to read something on your phone screen while in motion, but stopping to do so is acceptable.

If you want to avoid getting a ticket while driving in North Carolina, you need to make sure you are following all NC driving laws. This is the only way to make sure that you do not get involved in a situation where driving illegally is the cause of the issue.

If you are getting charged with a driving violation in North Carolina, Amistad Bail Bonds can help you get out of awaiting your trial behind bars. Contact us today for more information.