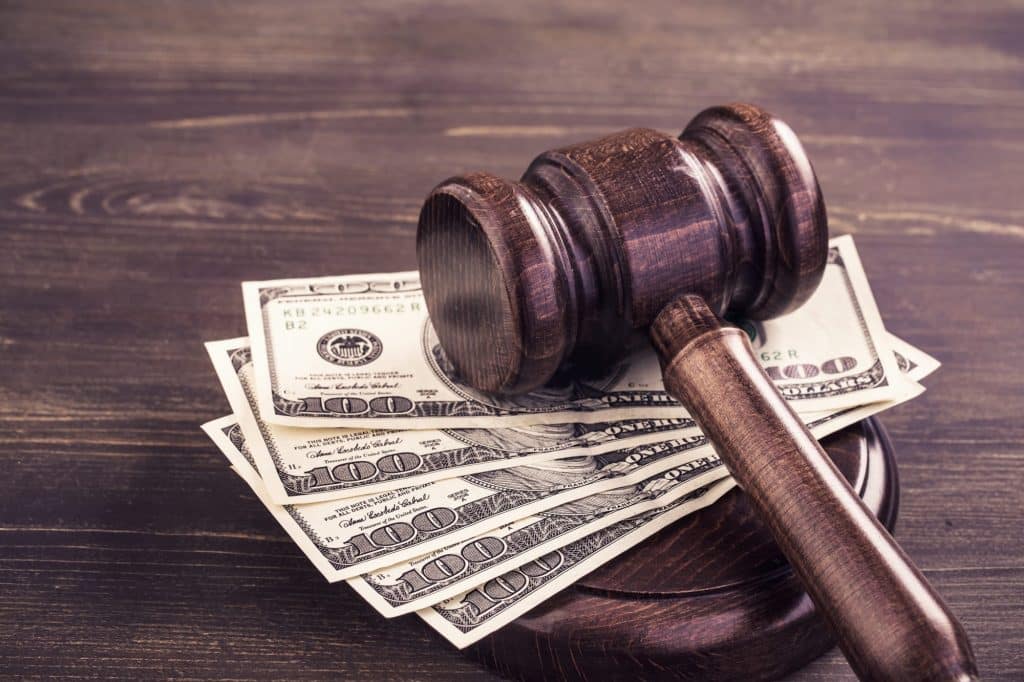 If the first thing on your mind when your loved one or friend calls you from jail, letting you that they need help, is, “How are we going to afford to get them out?”, then you need to check out this article.

It is a scary and stressful time when you receive that phone call, and we know the steps you can take to get them out as soon as possible. Below we will go over what bail is, how it is calculated, and how you can pay it.

Bail is usually some type of bond, property, or cash that someone gives to the court to be released from jail after an arrest. The purpose of posting or paying the bail amount is to ensure that the defendant will return for their scheduled court appearances.

If a defendant is a danger to society or a flight risk, their bail is typically higher, or they’re not allowed to post for bail. When the trial is over, bail is generally returned to the defendant less a processing fee.

How Is Bail Cost Determined?

Generally, the judge will decide the bail amount by weighing certain factors such as the type of crime, how dangerous the person is, and the risk of that person fleeing.

In some instances, the defendant may leave jail without paying any money so long as they keep their promise to return for their hearings and trial. This is usually only if the defendant has indications that they won’t flee, such as having a stable job or roots in their community.

Other factors that a judge considers when setting bail include the following:

Immigrants detained at the border or arrested in ICE raids can sometimes be released after paying a cash bond. These amounts for this type of bail can range from $1,500 to $250,000. We understand that there are a lot of families who cannot afford this amount, so we service immigration cases nationwide.

Arson cases where there is the intent to harm other people can carry a bail amount as high as $200,000. Arson crimes started because of a riot or a protest can have a bail amount of $150,000. If the defendant committed the crime in a park or a forest, the bail might be around $50,000.

Bail for drug possessions can vary based on the type of drug, the state the offense was in, previous drug charges, and if there was an intent to sell. If this is your first time possessing illicit drugs, you may have a bail bond set at $2,500, but if this your second offense, it could be around $5,000.

Bail Amount for DUI or DWI

A first offense DUI (Driving Under the Influence) or DWI (Driving While Intoxicated) charges can be between $500-$2,500, and second offenses can be around $10,000. The more offenses someone commits, the higher the amount gets, and after four violations, the DUI or DWI turns into a felony with a bail amount of $50,000.

How Is Bail Paid?

There isn’t a restriction on who can pay for the defendant’s bail; if your family, friends, or coworkers want to pay for it, they can. The bail can either be paid directly to the court by pledging property or using a bail bondsman company.

If you or your family cannot outright pay for the bail with your own money or property, a bondsman is another option. A bail bondsman or bail bonds company provides the court with something called a “surety bond,” which promises to pay to court if you fail to appear.

To obtain a bail bond, you or whoever is bailing you out will have to pay a non-refundable fee that amounts to up to 10 percent of the bail amount. Bail bondmen also will require collateral such as your car or your home if you fail to appear at court.

Instead of cash bail, some courts will allow defendants to put up property such as your home as collateral. There must be equity in the property offered, and if you fail to appear, the court will seize the property.

If you can pay the courts for the bail outright, then the money will be returned to you at the end of the proceedings, less any admin fees. If you do not appear in court, that money is automatically forfeited.

Get Your Bail Settled Today

If you find yourself searching for “court help” or “bail South or North Carolina,” contact us as soon as possible so we can take care of you and your loved ones.

With decades of experience in the bail bond industry, we have effective strategies proven to get those we represent out of jail quickly. We offer free consultations, and we are available 24 hours a day, 7 days a week, so we are ready to help you at any time.