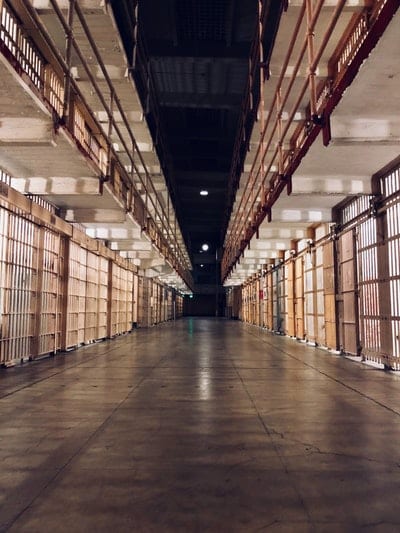 Did you know that more than half a million people go to jail each year in the United States? If a loved one is in jail, you likely want to do everything possible to get them out quickly.

For this, bail bonds are typically the only solution. Unfortunately, bail bonds can get quite expensive. So, how do you find affordable bails bond services quickly? Simple: by reading this article.

In it, we’ll explore everything you need to know about bail bonds. That way, you can get your loved one out of jail before their trial begins. Let’s get started!

Why Do You Need a Bail Bond?

When someone is sent to jail, they’ll be held until their court date arrives. A bail bond gives that person the opportunity to leave jail until that trial date arrives. However, they can be quite pricey.

What’s more, they’ll be wanted by law enforcement officials. However, if the individual does show up to their court date, then they’ll get the bail bond money back.

Bail bonds are important because they allow incarcerated individuals to spend time with their friends and family. Perhaps more importantly, it allows them to meet with a legal team to properly prepare for their defense.

What Do You Need to Get a Bail Bond?

Before you can get a bail bond, you will first need some information about the inmate. Specifically, you will need their:

If you aren’t sure what their jail or booking number is, you can look it up on your state’s website. For example, if you need North Carolina bail, then use this inmate locator found here.

It’s important to remember that not everyone will be eligible for bail either. Some judges may deny bail or put the bail amount at an astronomical level that no average person could afford.

This is done if the person is charged with a particularly violent crime or if they’re deemed a potential flight risk.

As we mentioned before, bail bands can be expensive. While misdemeanors are relatively affordable (around $500 or more), felonies are particularly pricey.

It’s not uncommon for the bail on these crimes to be $20,000 or more. If the bail amount for a loved one is low, you’ll likely be able to afford it yourself. However, this isn’t the case if it’s a higher amount.

Most people don’t have this type of money. That’s where a bail agent or bail bondsman comes into the picture. These professionals take full responsibility for the individual and pay the bail.

Since this person will be on the line if the person doesn’t show up to their court date, they typically require full reimbursement either from the defendant or the bail co-signor.

In addition to this, they will charge between 10% to 15% of the bail amount for their services. In some cases, they may also require collateral as physical assets.

What to Look For In a Bail Bond Service

Sadly, there are a lot of predatory bail bond services out there. These individuals use dishonest practices to take advantage of people in people in precarious situations.

This can make finding an affordable bail bond quickly a challenge.

In this section, we’ll go over everything you should look for before hiring a bail bond agent. That way, you’re sure that you’re getting the best possible deal out there.

All bail bond services are going to be fairly expensive. But you should still look for a bail bondsman that offers the lowest possible percentage fee down payment.

This is going to be the money that you’re paying out-of-pocket in order to cover the entire bail amount. In addition to affordable bail bonds, you should also be looking for clarity regarding the bail services pricing.

They should explain any fees or collateral that’s needed in-depth. They should also walk you through all of the payment plans they offer.

An individual can be arrested at any time of day. If you’re eager to minimize the amount of time they spend in jail, you’ll want to handle the situation as soon as possible.

In these cases, you should look for a bail agent that’s available day and night. That way, your loved one doesn’t need to wait until typical business hours to be released from jail.

You don’t want your loved one to be treated like just another booking number. Your bail agent should treat your case with respect and dignity. One way you can do this is by looking for bail services with good reviews.

This will give you a better idea of what the average client experience was like. In addition, make sure the agent is properly licensed in whatever state they’re working out of.

The process in undeniably complicated. Because of this, you want an experienced person that understands the ins and outs of the system.

The more years your bail agent has under their belt, the more likely they’ll be able to help your loved one.

We hope this article helped you learn how to find affordable bails bond services as fast as possible. Here at Amistad Bail and Immigration Bonds, we know that an emergency can strike anytime during the day or week.

That’s why we offer bail bond service twenty-four hours daily, seven days a week. What’s more, our experienced bail bond agents will take immediate action to ensure that the individual is released as soon as possible.

So, if you’re ready to help your incarcerated loved one, then contact Amistad Bail and Immigration Bonds today.