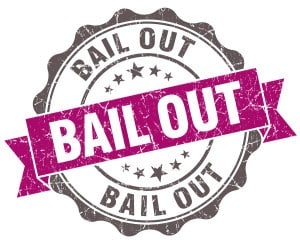 How Is A Bail Amount Determined?

A bail amount takes a number of different factors into consideration to determine the appropriate amount that bail should be set by. The nature of the alleged crime, a person’s criminal history or background, and their likelihood of appearing in court when scheduled are all factors taken into consideration when bail is set, and these amounts can range vastly. Often, the court systems of North Carolina have pre-set bail amounts depending on the suspected crime, but other variables can cause these amounts to become higher or lower than the average.

Usually, the majority of bonds are set by a magistrate within a few hours of arrest but some may take around 48 hours or longer after a crime has been committed. In such case, a bail bond hearing will be scheduled for a judge to determine and set the bail amount. During this hearing, all of the aforementioned factors will be taken into consideration as the court determines what type of bail may be appropriate in the individual case, and once this determination has been made, a bail bond can then be given to release the defendant from jail and return them to their families until their court hearing comes. Bail bonds provide a way for loved ones to get their families, friends, or significant others out from jail after being suspected of committing a crime, and they can be an excellent resource for those who show up for court once their case begins.

If a bail amount is too large to be paid in full, a bail bonds service will often provide the court with the full amount of the bail up front, while the defendant is only tasked with a premium of 15%. This can provide a great deal of help for those who may not be able to afford to pay a bail amount themselves in full, as it can help them to be released more quickly until their court date comes around.

In cases of particularly large bail amounts, collateral may be taken in lieu of a cash payment, and collateral will have to be around equal or more than the amount of the bail in value. Typically, real estate equity or a similar asset is used in these collateral circumstances, as this allows for an asset of equal value.

At Amistad, we know that bail amounts can be as varied and individual as the circumstances they surround, and for this reason we offer the people of North Carolina various options when it comes to posting their bail. To learn more about bail amounts or the bail bond process, simply call us at Amistad today to get started.