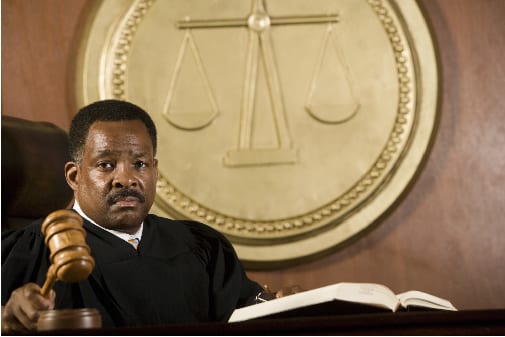 How Do Judges Determine the Price of Bail?

If you or someone you love is dealing with the process of bail, you likely have a lot of things going on at once. You have a lot of questions about this process and aren’t sure where to turn.

The last thing you want to do is worry about whether or not the act of determining bail is fair or not.

This can be a complicated, emotional time in your life. But you’re not alone.

We’re here to help. We’ll talk more about how judges determine bail amount in this article, so read more below.

Bail is a set amount of money that a defendant gives to the court to secure their spot at a future hearing date. The defendant won’t have to sit in jail while they wait for their court date to arrive, which is a process that can take an exceedingly long amount of time.

Unless you have a background in legalese, it can be hard to understand how the bail process works or how a judge makes a determination about exactly how much money a defendant has to pay.

When a judge makes a call about what amount of bail a defendant has to pay, he or she will look at a lot of different points and factors in the case involved. These change on a case by case basis, and it’s entirely up to the judge to make this call.

For the most part, there is something called a “bail schedule” which is a system that gives certain crimes a specific amount of bail across the board. If a defendant wants a different amount of bail, they will have to see a judge.

The Nature and Circumstances of the Crime

If the crime is very violent or it put people in danger, the judge may choose to set the bail amount high. Some judges set guidelines for specific crime categories, and it varies by judge. However, a good rule of thumb to remember is that the worse the crime, the higher the bail amount.

The main purpose of setting bail is to make sure that the defendant doesn’t skip town after they’re released from jail. So if a judge thinks that a conviction is likely, or if there’s a lot of evidence against the defendant, he or she will set the bail high.

Sometimes this means the defendant has to stay in jail, but it’s only to make sure that they don’t take advantage of the court and run.

If the defendant has committed crimes in the past, failed to appear in court, or has a history of bad behavior in court, the judge may not want to be lenient when it comes to bail. A judge isn’t going to set a low bail just to find out that history repeats itself.

If the defendant is already in trouble with the law, if they’re on parole or probation, a judge is more likely to set the bail higher.

In addition to history in the court, the defendant’s history outside of the court matters as well. The judge will look at the defendant’s family, the state of their health, what their money situation looks like, and whether or not they are a stable employee.

This all comes back to stability. If a defendant appears to be stable, the judge is more likely to be lenient with bail. A person with a lot of ties to the community is more likely to stay in town and go through with their court hearing.

In addition to making sure that the defendant shows up for court, a judge wants the public to remain safe. If releasing a defendant out into the public means that they are putting people at risk, they are more likely to deny bail altogether.

This extends to the defendant as well. If the judge has reason to believe that the defendant is a danger to him- or herself, they have cause to deny bail or set it high.

Are There Rules for Bail?

There are laws concerning bail amounts, yes. However, those laws give judges a lot of freedom to choose the bail amount they see fit. They can use any deciding factors that they want to, as long as they are case-relevant.

So while laws exist about bail, there are no strict guidelines. For the most part, judges rely on precedent and their own instincts to set bail.

What is a Flight Risk?

A flight risk is someone who will probably skip town before their court date. These are people who could be denied bail outright or get an exorbitant bail amount.

The court’s main goal is to ensure that the defendant shows up to trail. So if they didn’t show up for a prior court date, a judge isn’t going to give them a second chance.

After the Judge Sets Bail

After the judge sets bail, the defendant goes through the booking process where they can arrange to pay the bail. Once the court has the money, or once the defendant made arrangements, the court will release them.

It can be complicated when you try to understand different bail amounts and how judges go about finding them. It can sometimes feel like an unfair process, but at the end of the day all the court wants to do is ensure that the defendant shows up to court when they’re supposed to.

If you or someone you love is facing jail time due to their inability to pay bail, contact us today.