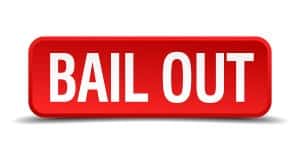 Getting To Know The Bail Process

Before getting a bail bond, we at Amistad Bail Bonds want you to learn and become comfortable with the bail process. Requiring a bail bond will typically be a stressful situation as you want to have your loved one back home as quickly as possible when they are suspected of a crime, and it’s best to familiarize yourself with this process in order to know just what is expected and what you can expect. Added confusion or stress can make the bail process seem difficult, but we at Amistad want to reassure you that the concept and process of bail bonds is actually rather simple.

The first step in the bail process is when bail is determined, and this will typically happen within the first 48 hours after an arrest. Whether a loved one is convicted of a crime or not, their initial arrest is what will determine the bail amount, and the amount of the bail bond you should seek to receive. Bail bond amounts will depend on a number of factors, including past convictions and the nature of the crime involved, and the state of North Carolina does have some regulations when it comes to just how the courts will determine bail. Once the bail amount has been determined, you can then seek out a licensed bail bond agent, like us at Amistad, to cover the bail and get your loved one back home quickly.

When securing a bail bond, the entire amount of the bail does not have to be paid by you upfront, although this is a very common bail bond myth. At Amistad, we require only a percentage of the bail to be paid by you before receiving the full bail amount, and this percentage may be covered in a number of ways. For very high bail amounts, collateral with a valuable asset may be accepted, but the most common ways to pay are:

Once bail has been received, your loved one may then return home on the promise that he or she will appear for their upcoming court date. Should they not report for court as ordered, the deposit on the bail amount will not be refunded, and it will be kept by the bail bondsman instead. To learn more about the bail process in the state of North Carolina, simply contact us at Amistad today.