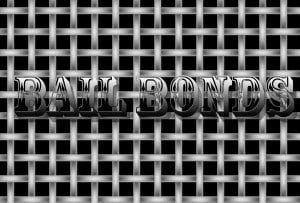 An Array Of Services

When you or someone you love gets arrested, the judge will set a determined amount of money that must be paid in order for release from jail. As you might already know, this is called bail. Some people can come up with the amount that is set for bail, while others must find ways to raise the funds. This is where a bail bondsman can help.

A bail bond service, such as Amistad Bail and Immigration Bonds, can help you post bail when you don’t have enough money up front. By paying us a percentage of the bail amount, we’ll arrange for the release of you or your loved one. After release, we’ll help to make sure that all court appearances are met and kept until the case is closed.

We offer finance plans, various payment options, and co-signing approval. Amistad also offers immigration bail bonds to those who affected by that type of situation.

If you are interested in becoming a bail bond agent in the state of North Carolina, we can help you understand the minimum requirements needed to get started. You’ll also receive help with the state licensing exams by talking the pre-certification classes offered through Amistad. North Carolina state law requires that new bail bond agents work under the supervision of an agent who has been licensed for at least 2 years, so why not let Amistad supervise you?

Need Your Own Business?

If you are interested in starting your own business, Amistad can help. Having your own bail bonds business is a great way to be your own boss, set your own hours, and do something that makes a difference in the world. You’ll get on the fast track to learning about bail bonding so you can get your license and start your business sooner rather than later. And you’ll continue to get support even after you pass your final exam! We offer assistance in website building, free documents and forms, live support 24/7, and access to a wealth of experience and knowledge.

The folks at Amistad are here for you whether you need to post bail, or want to learn how to help someone post bail. Whatever your needs are, call today.