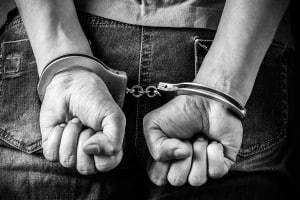 What You Need to Know About Bail

How Bail Bonds can Help When You Need Them Most

If you are new to the justice system and the bail process in particular, then you may have a number of questions about what is required, how it works and what you and your incarcerated loved one should expect. Be offering comprehensive consultations for residents throughout the Raleigh and Wade County areas, we help alleviate some of the anxiety and confusion surrounding bail bonds and how they serve you. Here are a few aspects about bail and bondsmen that you may not have been aware of.

Not everybody needs bail.

Before you go through the process of trying attain a bail bond, make sure that bail is even being required for release. Many non-violent and first-time offenders are released on their “own recognizance” if they are considered to be low flight risks. However, stiff penalties and punishment exist for those that fail to show for court after being released in this manner.

Because the court system can take months, and very often, even years to come to the judgement and sentencing phases, those who paid bail on anyone’s account is basically tying up that cash for years. Unless charges are dismissed or the defendant is acquitted, your funds won’t be returned to you until the conclusion of the case. And if the defendant skips any court date, you are out of the invested money.

Other stipulations, other than court appearances, set by the court can determine the forfeiture of bail.

Even if the defendant you posted bail for attends all the court dates required, they can still cause you to lose the bail amount. Bail bondsmen also  have the right to set requirements that must be met during this time in order to ensure they recoup their costs. These stipulations may include enrollment in drug and alcohol programs and having to stay within a certain city or state until the conclusion of the case.

You’ll most likely need to provide collateral on that bail bond.

As a convenience, and as insurance of recovering their investment, many local bail bondsmen in the Raleigh area accept a variety of collateral types. A surety bond is one where you pay to the bondsman a premium to cover the bond – usually about 10 percent. Other ways of insuring the bond is by putting up real estate, bank accounts, automobiles and other valuable property.

Getting someone you love released on bond may seem like a daunting and complicated process. Here at Amistad Bail and Immigration Bonds we understand that this is an emotional time for your family and we are ready to help with a variety of bail bond solutions.