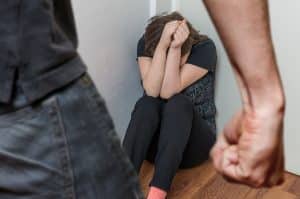 What To Know When Arrested On Domestic Violence

In North Carolina, domestic violence is involved with cases where the defendant has been charged with communicating threats, stalking, assault, domestic criminal trespass, a violation of a Chapter 50B order, or has various felonies in which a ‘spouse or former spouse or a person with whom the defendant currently lives with or has lived with as if married’.

These causes can become rather complicated and it is important to try to regain a handle on the situation as soon as you can. Here are just a few things you can expect after a domestic violence charge:

How Will The Arrest Be Handled In A Domestic Violence Situation?

The state of North Carolina has a special statute governing how to handle the pre-trial release of defendants accused of domestic violence crimes. First, the suspect in question will need to be held in custody for up to 48 hours or until they are able to see a District Court judge. This is quite different from how most defendants are treated who have committed a minor non-domestic-violence offense.

Are There Any Exceptions To The 48 Hour Rule?

If the suspect that has been arrested on a domestic violence charge and the charge is minor and the person has had no prior criminal record, there is a chance that they could be eligible for a pre-trial release. However, this means that the person will need to check in once a week with a member of the pre-trial release program. Otherwise, the suspect should be able to go about their business freely for the time being.

Still, even if the suspect has been released for the time being, the judge will impose a ‘no contact’ order that will require the person to have zero contact with the alleged victim. This could become rather complicated in a situation where the suspect and the victim happen to live together or where there are children involved that need to be moved from household to household.

Additionally, the person can also post a bond either through themselves or with the help of a bondsman. If you are like most people, then you probably do not have that kind of cash on hand to use for bail. Luckily, at Amistad Bail and Immigration Bonds, we can help you get back to your life as soon as possible without having to go broke doing so. Contact us today to learn more about our bail bond services in Wake County!