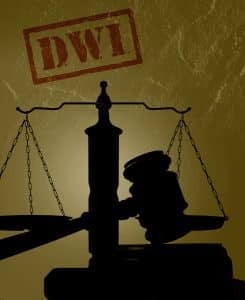 What Happens When You’re Charged With A DWI?

In the state of North Carolina, you can receive a DWI when you drive with a blood alcohol concentration (BAC) of at least 0.08% or higher even if it does not impair your driving ability. If you are driving a vehicle in North Carolina, then you have given consent to submit a chemical test in order to determine the amount of alcohol that in your blood.

However, if you are a driver under the age of 21, then the maximum blood level content (BAC) is 0% since North Carolina is a ‘zero tolerance’ state.

What Is The Minimum Jail Time For A DWI In North Carolina?

The amount of jail time for a DWI is determined by whether this is considered your first, second, or third offense.

How Long Will Any Prior DWI Convictions Will Remain Relevant In North Carolina?

Prior DWI convictions will stay on your record and will be counted against you for additional DUI/DWI offenses for up to 7 years in North Carolina.

Is It Possible For A DWI To Be ‘Pleaded Down’ To A ‘Wet Reckless’ In North Carolina?

This type of plea bargain will occasionally occur when the amount of alcohol in someone’s system is only borderline illegal, there was no accident, and the defendant in question has had no prior record. However, if there is a subsequent drunk driving conviction, then the ‘wet reckless’ conviction will typically be considered as a prior drunk driving conviction resulting in an immediate second offense.

Will You Need To Post Bail For A DWI?

After a DWI/DUI suspects are booked or processed, the suspects can expect one of more of the following to occur:

If you have been put in Wake County jail for a DWI with the option to post bail, but do not have the financials to do so, you should consider a Wake County bail bondsman with Amistad Bail and Immigration Bonds!