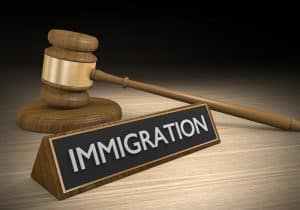 What Happens When You’re Arrested And Placed On Immigration Hold

When a non-citizen has been involved with a criminal case, the Immigration and Customs Enforcement (ICE) will often place an immigration hold or an immigration detainer on the suspect in order for the ICE to take them into custody or begin an investigation after they are released.

Regardless of whether the charges are serious, the immigration authorities are likely to be notified or discover that the non-citizen is in jail causing them to place an immigration hold on the suspect at any time during their detention. Often these holds can be put in place before the non-citizen even has a chance to post bail, but it can sometimes occur farther along.

If the non-citizen ends up being put on immigration hold, they will be held for an additional 48 hours after bail has been posted or after being released and at some point within this period of time, the person will end up being surrendered to immigration custody. This can be increasingly risky for their immigration status and may even cause greater issues later on.

You need to consult with an immigration attorney immediately!

However, not just any lawyer will be able to do the job effectively. You should make sure to contact an attorney that has plenty of experience with both criminal law and immigration law to ensure that there will be no costly mistakes made along the way.

If you are able to successfully get the immigration hold removed, then make sure you contact us at Amistad Bail and Immigration Bonds to help you with that bond!

Bail can be expensive and with your immigration status on the line, you do not want to have to risk staying in jail any longer than you have to. Thankfully, here at Amistad Bail and Immigration Bonds, we will help you post bail as soon as possible so you can avoid further immigration troubles and get back to living your life again. Contact us today to learn more about how we can help you!