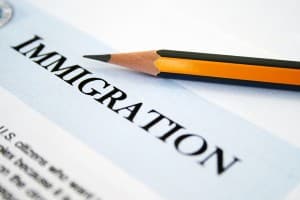 Understanding Immigration Bonds And When You May Need One

Is your loved one currently in the custody of immigration officials — the U.S. Immigration and Customs Enforcement service, also known as “ICE”? If so, you will need to make some special bond arrangements in order to secure a pre-hearing release.

Don’t panic! Amistad Bail Bonds can help you to get the immigration bond you need nationwide; plus, if anything is unclear, we are glad to explain the details to you in person. It is always a good idea to understand a bit about the process!

The Different Types Of Immigration Bonds

If your loved one is considered a foreign national, it may be possible that he or she will be released on “personal recognizance,” which means that no bail is required. However, this is becoming more and more rare.

The two types of immigration bonds are:

Immigration Bonds Are Based On “Flight Risk”

Naturally, someone plans to consult with an immigration lawyer and challenge the grounds on which he or she was detained, then a delivery bond would be necessary. This gives an affected individual time to seek counsel.

Immigration bonds are based on the level of “flight risk” that officials believe someone presents. Flight risk is simply the likelihood that the person will fail to follow official orders, such as going to hearings, by evading authorities.

Typically, the minimums are as follows:

The government may take 12 months or more to return money that someone has provided as a bond, so it is very important to use a trusted, state licensed bail bond agent.

To talk to an expert who can help you get immigration bonds fast, call or email Amistad Bail Bonds.