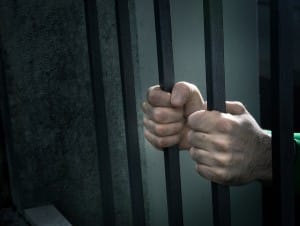 There are a lot of different things that go into the court system in this country, and thanks to the huge number of crime-related TV shows and movies a lot of people instantly assume that they understand everything about the subject. But there’s more to the legal system than you can learn just by watching some TV. When it comes to bail bonds, for example, there are some key things worth understanding.

If you’re not completely sure as to just what bail bonds are, how to post bail with the help of a bail bondsman, or what their limitations are, here are some of the key things that you’ll want to know.

An individual is usually required to go to a specific location, such as a jail or a courthouse, to pay bail. A designated official, or the clerk or cashier, is assigned to receive the payment. The person paying the bail must furnish certain details, such as the booking or case number, the name of the individual in custody, and the required bail amount. The amount will be given to the cashier.

After payment has been made, the clerk or official notifies the staff at the jail where the defendant is kept. The prison officials facilitate the temporary release of the individual.  If the cashier is within the same facility as the jail, the release happens quickly. Otherwise, the process may take several hours.

The payer must make the bail payment either in cash or some other form of accepted payment, such as a credit card. The acceptable payment options may vary depending on the rules set by a particular jurisdiction. Find out the other options below.

A state or jurisdiction may allow other kinds of bail apart from cash. These include:

Bail saves taxpayers money and helps those who are in a bind get their loved one out of jail until time for their court date. It’s an important part of the legal system, and one that could be needed by anyone.

If you or a loved one needs bail, we can help. Contact us today to find out more about our rates and our services.