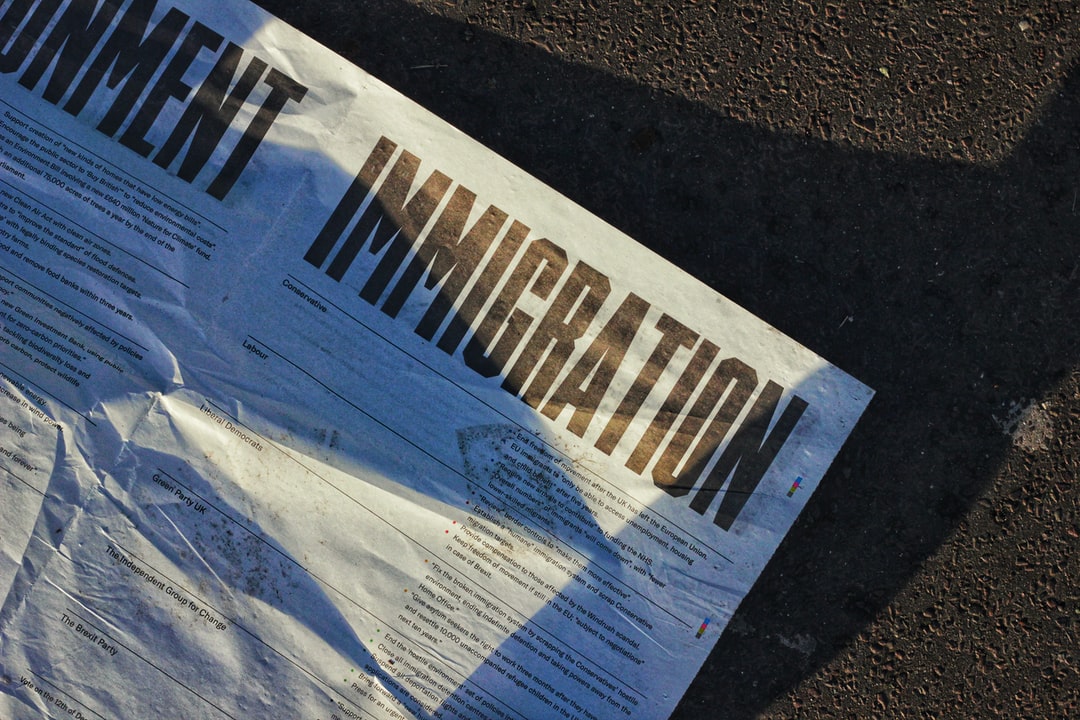 According to the Pew Research Center, over one million immigrants arrive every year in the US. Immigration to the United States is a complex process.

Do you or your loved ones need immigration bail bonds? If so, then learn more here.

Check our helpful guide to learn more about the purpose of immigration bail bonds and the immigration process. Then you can begin to enjoy your new homeland.

Immigration bonds guarantee that an immigrant will appear for every proceeding they need to attend to receive permission to live in the United States. Immigration bond procedures will take effect if any immigrants commit any crime or don’t legally enter the US.

Law enforcement will take the immigrant into custody and transport them to a US Immigration and Customs Enforcement division (ICE) within the Department of Homeland Security (DHS).

After ICE takes custody of the immigrants, they transport them to immigration detention centers while they investigate each case.

An immigration bond is returned to an original payer when defendants receive approval to live in the United States. ICE bond refund procedures are lengthy. The full process usually takes several months to return the bond amounts.

An immigrant chooses between two categories of immigration bonds to be released from detainment while their investigation proceeds. If ICE finds that the detainee poses no threats to the public’s safety, then they qualify for one of the following bonds:

”Voluntary departure” means that if a detained immigrant wants to avoid detention, they will agree to leave the country within 120 days.

The federal government will request the detainee to pay their departure bond when their federal immigration proceeding is done.

This voluntary departure bond represents the detainee’s pledge to honor the agreement that they leave the US. Voluntary bond funds remit back to the original payer when the detainee is officially out of the country.

A delivery bond guarantees the detainee’s temporary release as long as they promise to attend all of their immigration proceedings. A delivery bond usually costs around $1,500. This amount can also reach $10,000.

A delivery bond also allows a detainee to remain with their friends or family members. An immigrant can also use this period of time to contact immigrant legal help to guide them through the pending process.

Procedures for an Immigration Bond

If you or your loved ones are detained and request permission to live in the United States, there are immigration bond procedures they must follow. Here’s an outline of each:

When it’s time to have your scheduled meeting with ICE, it’s best to have a cashier’s check ready and written out to the DHS. You can’t deposit an immigration bail bond with cash or personal checks.

A professional bail bondsman can help advise you with this task as well as advise you on other necessary steps.

How Much Do Immigration Bonds Cost?

An immigration bond amount set above the $1,500 minimum depends on several factors in the detainee’s case. ICE considers, for example, how long the immigrant lived in the US.

They’ll also consider the detainee’s criminal record, employment history, and US family ties. They’ll also look at whether the immigrant has a record of previous immigration violations.

Can You Appeal Bond Amounts Set Higher Than the $1,500 Minimum?

Sometimes an ICE director sets an initial bond amount higher than the $1,500 minimum amount. When this happens, an immigrant’s relatives can request an immigration judge to lower the higher amount.

This request can be submitted in writing or presented orally. Detainees or their relatives file what’s called a “Motion for Bond Redetermination.”

This motion requests a separate hearing during which the judge will decide on the bond issue alone. Find out more on a “Motion for Bond Redetermination” in this EOIR Practice Manual.

The “Motion for Bond Redetermination” should state the detainee’s reasoning that warrants a bond decrease.

It’s also appropriate for the immigrant’s family member to submit evidence in support of his or her request. Examples of this evidence can include proof of steady employment or a legally present family tie.

Once these facts have been introduced, the judge can then make their final bond determination.

Immigrants coming to the US must have a sponsor who also lives in the US. Immigration laws require a sponsor to also be a legal resident who can support the immigrant throughout the proceedings.

A sponsor should put together a letter that includes their home phone number as well as their personal address.

A sponsor also needs to prove that they live at their referenced address. Utility bills that identify the sponsor as the paying resident are a good way to prove this residency requirement.

A sponsor’s letter should also include a description of how they know the detainee.

Copies of marriage certificates are examples of proof that support the personal connection. Photos during special occasions or holidays will also help demonstrate a personal relationship during the immigration hearing.

Immigration judges will also consider if the detainee has family members currently living within the US. Judges use this factor to see if the immigrant is currently responsible for caring for children.

Immigration judges will consider whether the immigrant is working at a full-time job or is financially independent. Recent paycheck stubs or recommendations from a work supervisor will prove a reliable job.

An immigrant can also provide copies of their real property deed or apartment rental agreement to show they have financial independence.

When an immigration proceeding is over, the immigration bond refund process begins. This is the point where ICE will contact the DHS Debt Management Center (DMC) and cancel the bond. After this step, the DMC forwards a bond cancellation notice to the original bond payer.

It’s crucial that you find immigrant legal help to guide you through these complex procedures. These professionals will help you secure a nearby resource to find the bond type you need. Securing the right bond is your first step in this long process.

What Are Your Next Steps?

As your bond hearing draws near, collect your utility bills, rental agreements, and old paychecks that show you are financially independent.

It’s easy to be confused when you’re new to a country. Be secure in knowing that the resources you need are available to help you with this challenging task. You can also find more insights on our website on the immigration bond process.