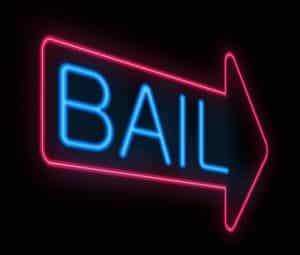 How Bail Bonds Work for Burglary

Have you or a loved one been and arrested and charged with burglary? If so, you need to know everything about how bail bonds for burglary work, and how they differ between first and second-degree charges.

In this article, we’ll cover everything you need to know about the bail bond process so you can handle this issue in the smartest and most effective way possible.

How Do Burglary Laws Work?

Burglary is the act of breaking and entering a dwelling or home with the intent of committing a crime like theft. North Carolina recognizes two degrees of burglary, and the bail bonds for burglary in these situations differ. The first degree of burglary is when you burglarize a home when people are there; the second degree is when you burglarize a home that is empty.

It’s important to know that the type of building impacts the severity of the crime. If you break into a building that isn’t a home, you’re usually charged with breaking and entering. The charges will also differ between things like breaking into a place of religious worship versus breaking into a motor vehicle.

The actual sentence you serve, if found guilty, also depends on a variety of factors, such as prior criminal record.

Now that you know more about how burglary is defined, we can cover the bail bond process in North Carolina. Here’s a quick overview of the bail bonds for burglary process:

After a person gets arrested, they have to go to court for their bail bond hearing. During this time, the judge will weigh in on the crime, and set bail based on circumstances. The bail amount will differ greatly based on whether you’ve committed first or second-degree burglary.

The judge can let the person leave jail on their own recognizance, which means they’re not required to pay any money if they promise to show up for future court appearances. The person can also pay for the bail bond in cash, which isn’t always that practical if the bail is high.

The person can also pay their bail by connecting with a bail bondsperson who will pay the entire amount upfront. Depending on high how the bail is, the company can offer the person a payment plan. If the person shows up for all their future court appearances, the court will refund the bond amount, but the bail bond company y will keep a small percentage of the bond.

Things to Consider When Hiring a Bail Agent

If you or a loved one have been arrested for burglary charges, it may be in your best interest to reach out to a bail company that can help with the bail process in a fast and effective way. Here are some important questions you should ask when considering bail agent options:

By asking these important questions, you can find an experienced bail bondsman company that will advocate on your behalf.

Do you or a loved one need help with the bail bond process? Contact us for fast, professional, and trusted bail bond service!