Ever wondered how bail bonds work? If you have been accused of a crime and need bail money, here is how the bail bonds process works. First, a bail bond is money given to a court by an arrested person that ensures the court they will appear at their scheduled court hearing.

How The Amount Of Bail Is Determined

Within approximately 48 hours after arrest, a bail bond hearing happens. During this hearing a judge will determine the amount of the bail based upon a number of circumstances and the nature of the alleged crime committed.
The judge will also determine the amount by the risk that the defendant will not appear in court on the scheduled date. Typically, the court system has a standard bail bond amount pertaining to a specific crime. However,
the judge does not have to go by the standards for bail bonds amount.

Once the judge has set a specific bail bonds amount, paying the amount is the next step in the bail bonds process.

There are four different ways to pay for bail bonds.

When a bail cannot be paid in full, a bail bonds service will provide the court up front with the full amount if the defendant can pay at least 15% of full bail amount.

If the defendant does appear in court, the bail money will be refunded in full to defendant or bail bond service after the case is complete.

If you or someone you know needs bail money, contact Amistad Bail Bonds. We offer quick and efficient bail bond services in Raleigh-Durham, Wake County and surrounding areas. Financing is also available to those who qualify.

We provide bail bonds services for all drug related offenses, traffic arrests and drunk driving DUI/DWI offenses, spousal abuse and domestic violence charges, prostitution solicitation charges and all felonies and misdemeanors.
We have bail bondsmen waiting to help you 24 hours a day 7 days a week. Give us a call at 919-790-6887 and start the process of getting your loved one out of jail. Hablamos Español. 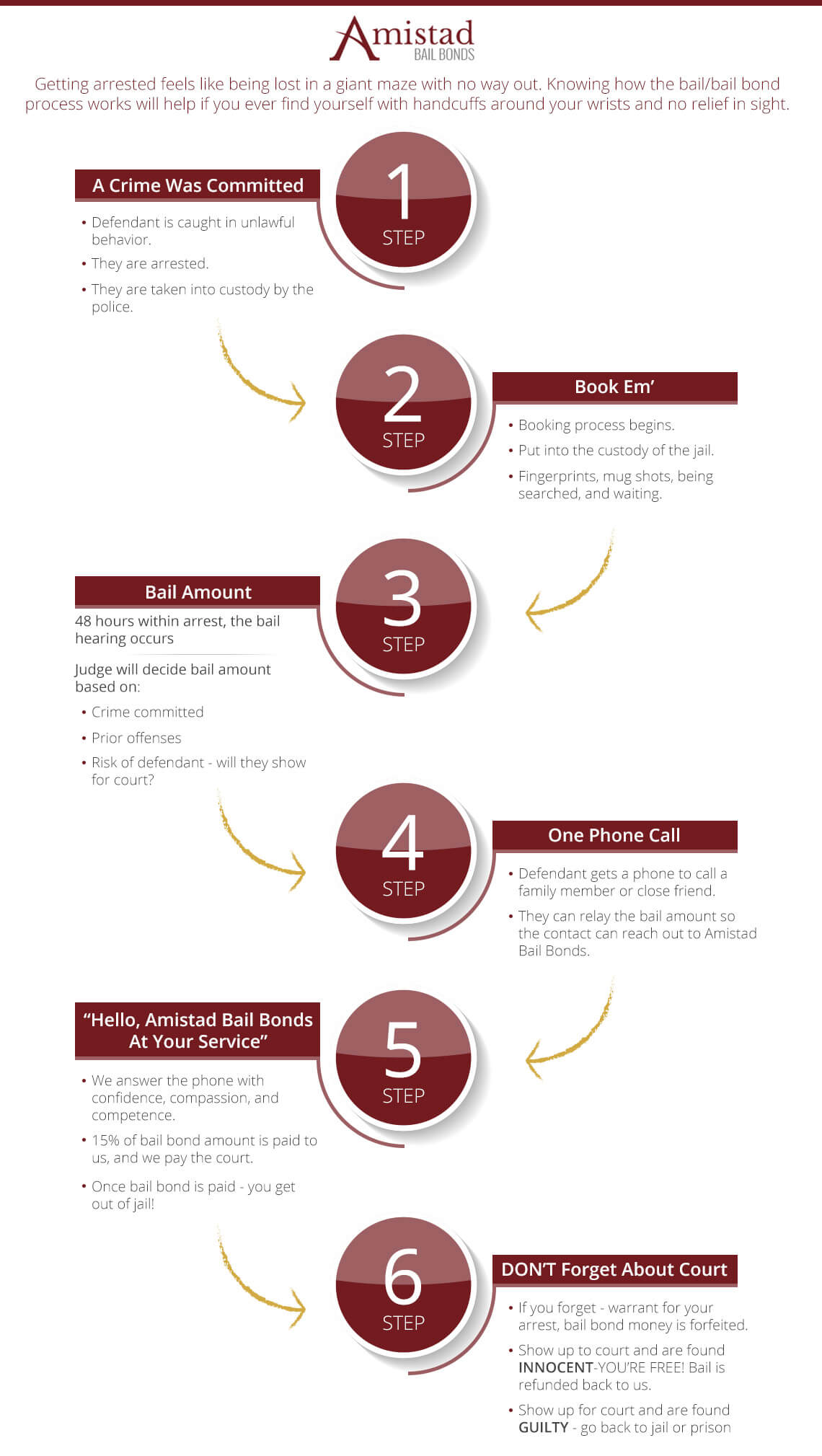