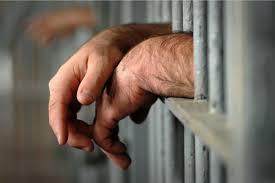 Best Ways to Get Out of Jail Fast

Truthfully, getting yourself, or a loved one, out of jail is a complicated process that is likely to take several hours. From arrest to release, a number of steps need to be completed before release can be secured but with just a few tips, you can speed the process in your favor.

Our first recommendation is using a professional bail agent. Amistad Bail and Immigration Bonds in Wake County NC can eliminate the unnecessary steps that delay the process, ensuring your timely release. Our number one priority is to reduce the amount of time you spend behind bars while waiting for your case to commence.

The second would be to set up access to collateral. A professional bail bond company, whether in Raleigh or elsewhere, will require some kind of property to serve as insurance of repayment. Basically, a bail bond is a type of loan. That loan needs to be secured and collateral is the agent’s best way of protecting the bond company’s money. Be ready to offer your car, boat, property or other valuables as collateral to secure your bond. If you lack anything of value that would serve as collateral, think of a list of loved one’s who would be willing to sign a contract on your behalf.

Our third recommendation to you would be to act quickly. If you should be the one getting that dreaded phone call, make sure to get as many details as needed, including where they are being held, what the charges are, their full legal name and what the bail amount is set at. Call the professionals at Amistad Bail and Immigration Bonds as soon as possible and we’ll take over from there. As the leading bail bondsman company in Wake County, we have the resources and the knowledge to help when needed most.